Cyanide Studio’s Werewolf: The Apocalypse – Earthblood is finally here. With only a visual novel that used the tabletop RPG’s license beforehand, this is the first full-fledged stealth-action title to come out.

First, we’ll need to determine how good it looks and how well it performs. But, before we get to that, let’s check the game’s system requirements.

The system requirements come from Werewolf: The Apocalypse – Earthblood’s Epic Games Store page. The first thing you’ll notice is that the minimum and recommended settings are hardly demanding. The GTX 650 released all the way back in 2012, and the others cited above released in 2013. This will become evident as we delve further into this technical review.

Likewise, Werewolf: The Apocalypse – Earthblood requires a one-time authentication via Epic. Once you reach the main menu, you’ll need to link the game to your Epic account. Still, you should be able to add it as a non-Steam game afterward (if you prefer that launcher). 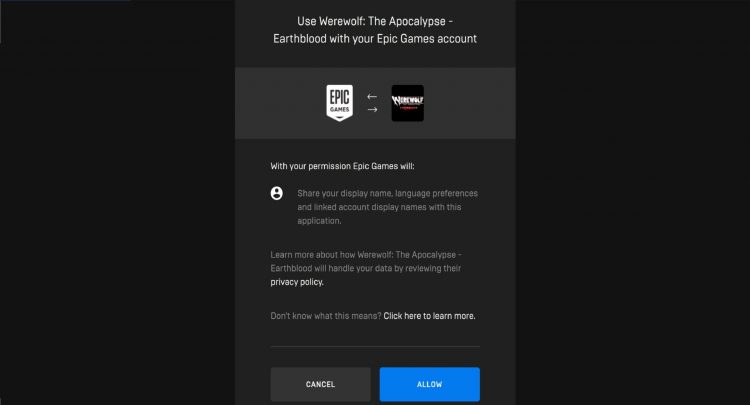 Below, you’ll see the graphics settings that the game has. There are four presets: max, high, medium, and low, and these affect the resolution scale’s slider too.

Do take note that a restart is required if you change your resolution. Otherwise, your cursor won’t align with the selection and you’d end up clicking on a space above the selections themselves. 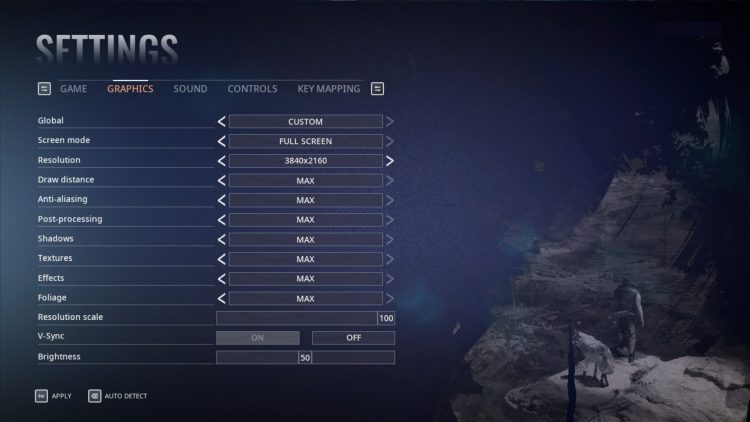 Below are three sets of images from various locations in Werewolf: The Apocalypse – Earthblood. I chose different presets. Moreover, I’ve outlined the average FPS I was getting with V-Sync disabled and while playing at 4K (3840x2160p) resolution. As usual, click on the images for a larger view.

Inside the cave as Cahal: 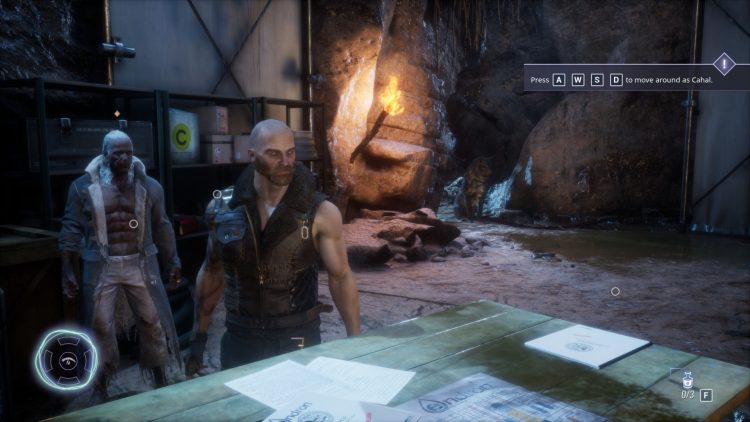 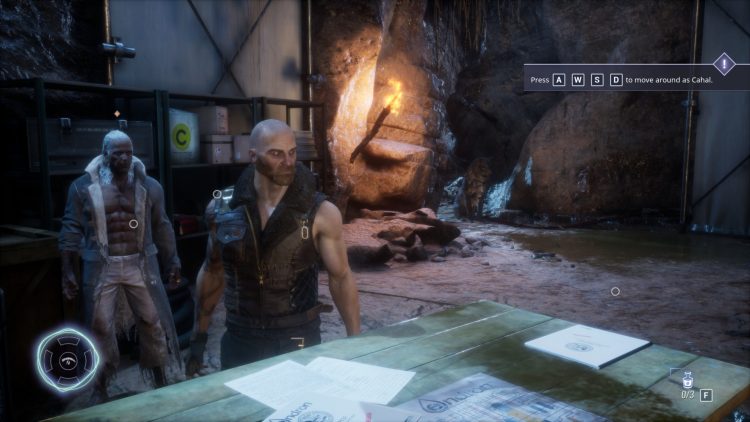 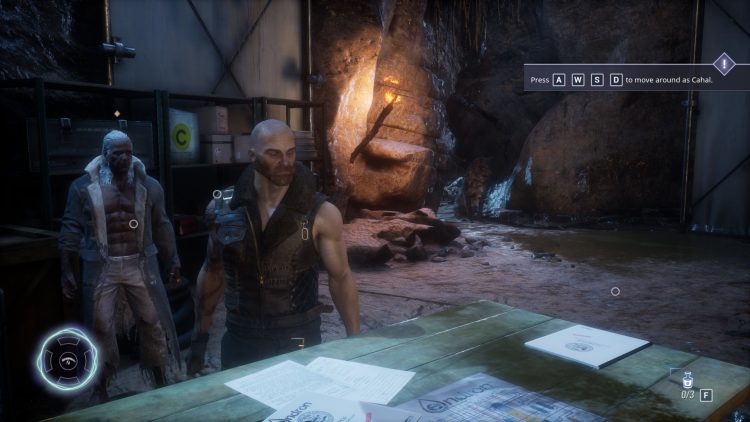 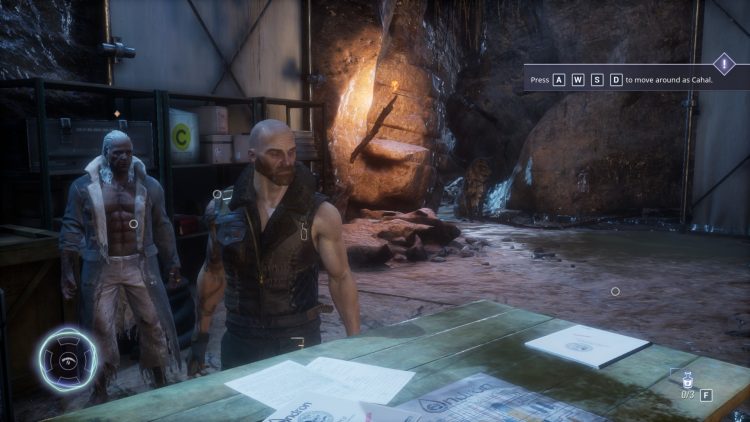 Outside the cave in wolf form: 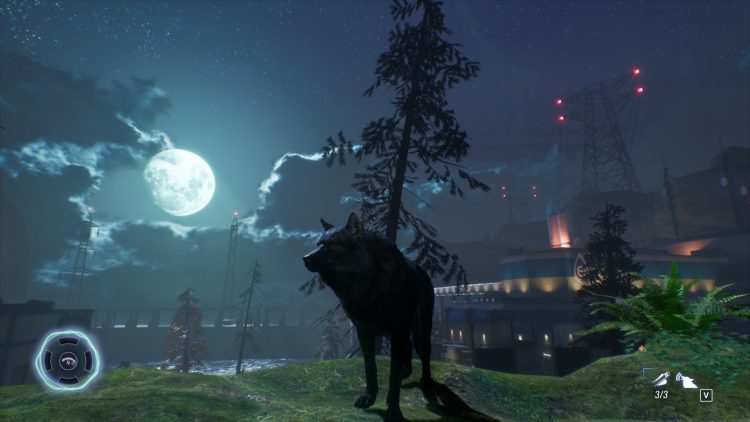 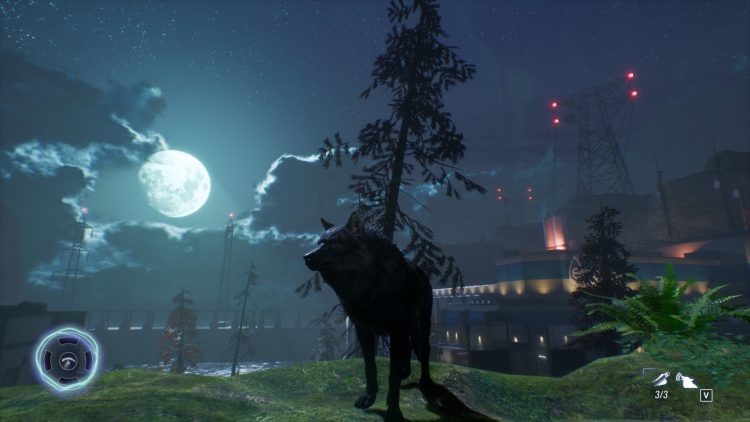 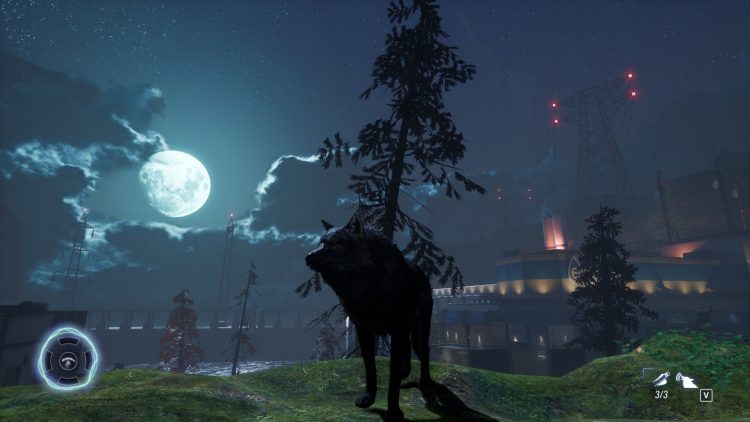 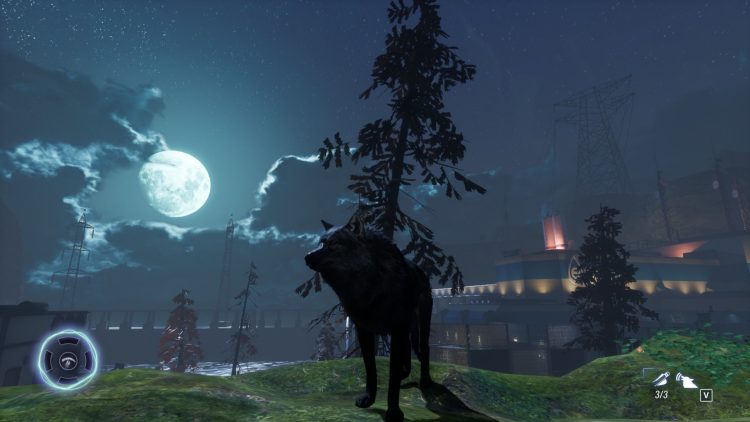 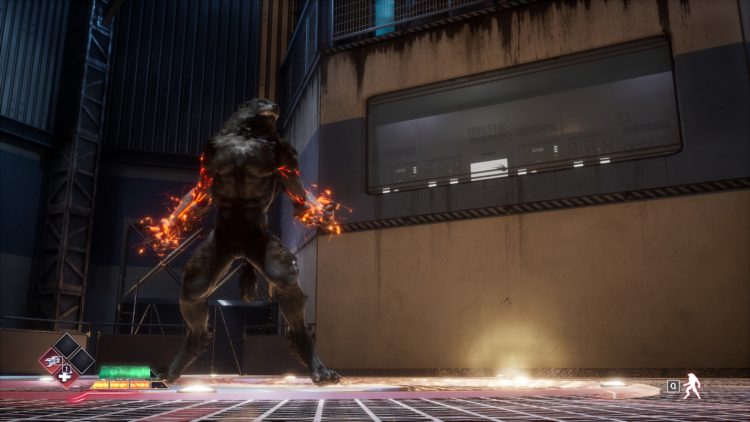 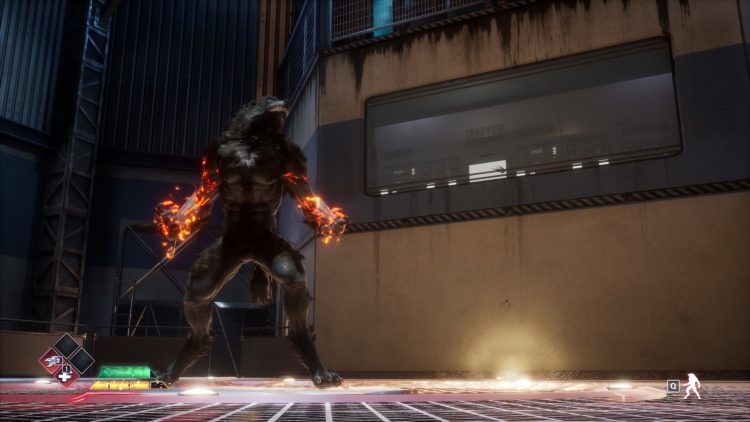 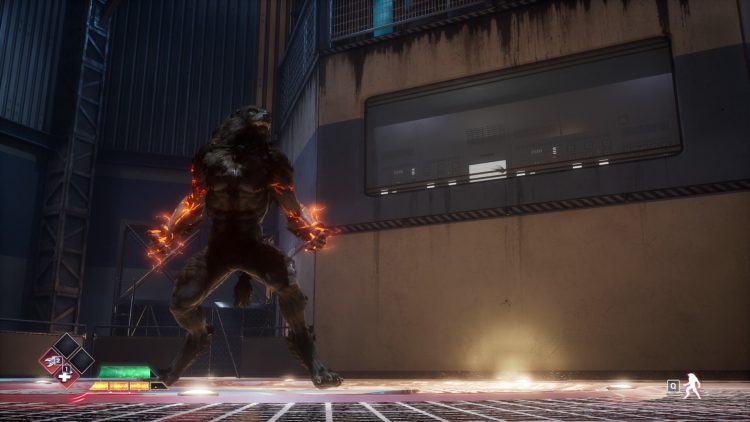 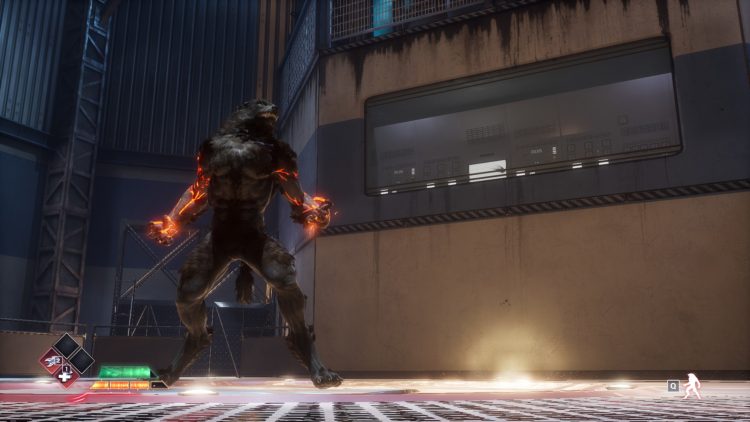 Clearly, you’ll notice the ridiculously high framerates, and with good reason. It’s not just the fact that I’m well above the recommended specs, but also due to Werewolf: The Apocalypse – Earthblood‘s visuals. Barring your main character Cahal, every character model and environmental object looks drab and outdated. Heck, even NPCs have a soulless, thousand-yard stare, with lips that are barely moving when they speak.

The questionable quality is even more prevalent when you continue to explore the game’s linear levels. For instance, checking control panels to view cameras shows you very grainy images. 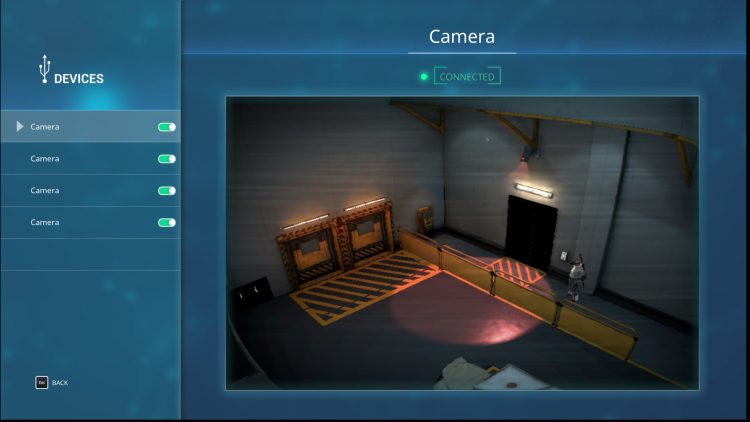 Likewise, the game reuses a ton of assets be it control room terminals, crates, railings, ventilation shafts, and more. Looking closer, you’ll realize that many of these textures lack detail and fidelity. It’s akin to B-tier action games from almost 10 years ago. 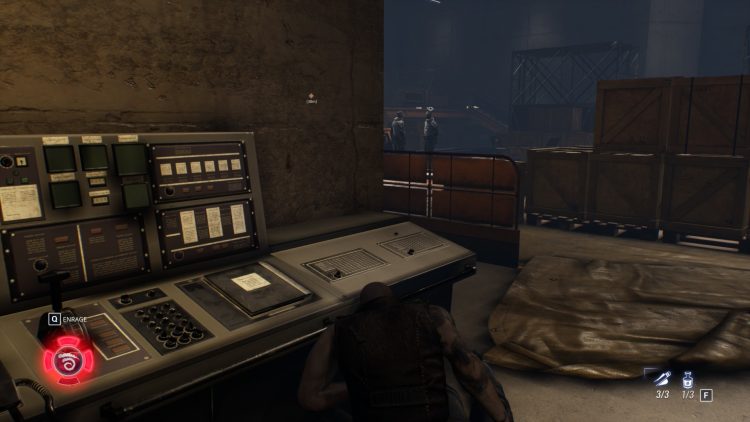 Below are the gameplay settings: 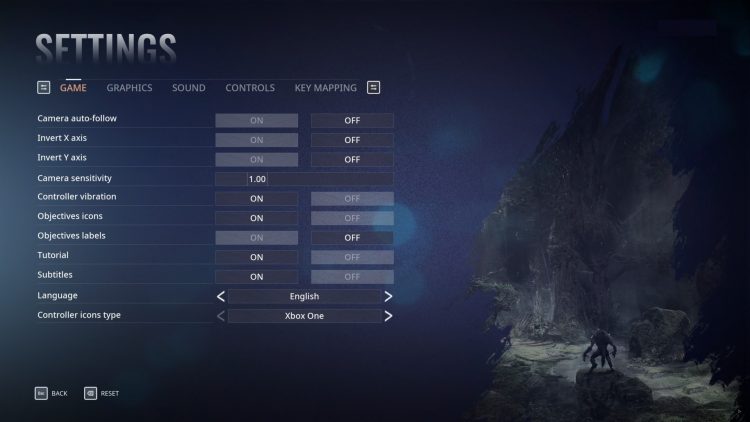 Next, here are the audio settings: 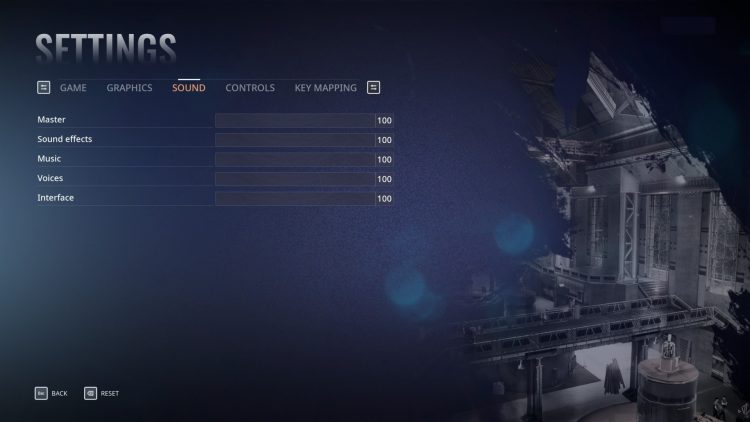 You’ve got the control settings for your keybinds: 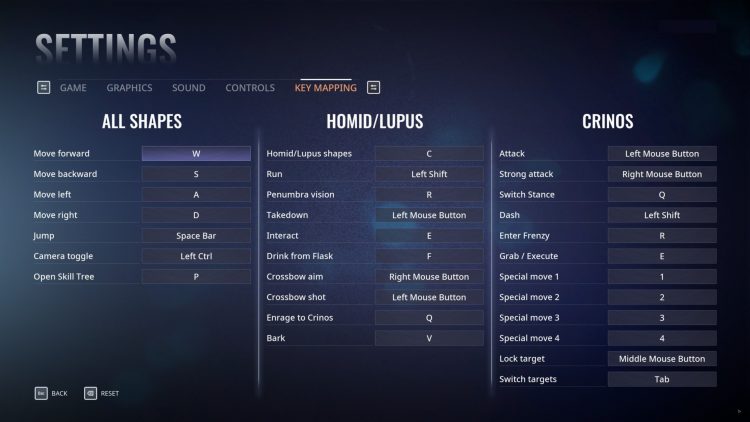 And, finally, your gamepad button layout: 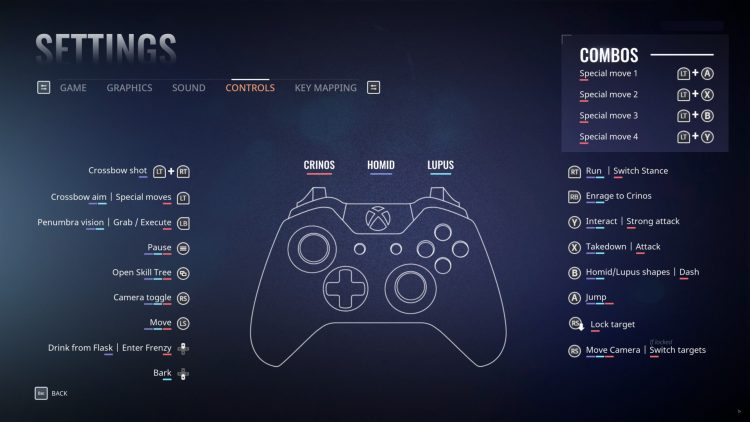 It bears mentioning that combat in Werewolf: The Apocalypse – Earthblood feels rather janky and problematic. I’ve experienced issues with general movement, dodging, and the camera lock-on system. There’s even a particular skill (Leap) that sometimes causes a slow-mo bug, leaving Cahal open to attack.

At a technical glance: This game is “ruff” around the edges

In all likelihood, you can run Werewolf: The Apocalypse – Earthblood assuming you obtained your hardware from the past eight years or so. However, that’s primarily because the game’s visuals, textures, and effects are extremely outdated, as though they belong in the previous decade. Funnily enough, even the cinematics devolve into low-res videos (360p if I had to guess), with laughable animations, expressions, and dialogue.

Mind you, this isn’t Cyanide’s first foray into the stealth-action genre either (we’ve seen a couple of Styx games in the past). As such, it’s strange to have a stealth-action title for a tabletop RPG that can barely count itself as a game made for 2017, let alone 2021.

Werewolf: The Apocalypse – Earthblood remains very “ruff” around the edges, and the problems don’t stop there. Our official review enumerates a litany of woes with the core gameplay loop itself. 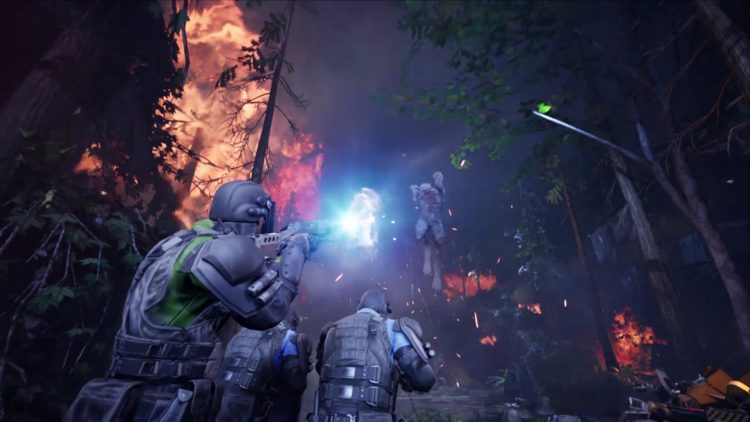