List of the Best Seller Audiobooks with Comparison. Read this insightful review of some of the all-time favorite Audiobooks to enjoy during your commute:

Are You Someone Who Prefers Audiobooks Over Traditional Paperbacks?

Well, you are not alone. For over a decade now, Audiobooks have been topping the bestseller charts and raking in butt-loads of money for its publishers.

Moreover, it is a fascinating option for avid readers who can’t read a book due to their busy schedules. If you come across a fellow human who is working out or cooking with headphones in their ears, then chances are high that it is an Audiobook that they are listening to and not music.

In a very surreal way, Audiobooks are an option to enjoy a story with the actual voice-over narration. The narration if done right can augment the experience of reading a book tenfold. As kids, most of us enjoyed a lot when our parents or grandparents read us our favorite books before going to bed.

Audiobooks ensure that this nostalgia stays alive, with the voices of our guardians now being substituted by a voice in our headphones.

The benefits of Audiobooks aren’t just restricted to nostalgia and convenience. I have mentioned how they are way more convenient to consume than traditional books.

However, did you know that Audiobooks are also beneficial in improving our cognitive ability?

Not to mention, Audiobooks are the perfect companion for those who are visually challenged or mentally underdeveloped. It has always been a well-known fact that we learn by listening.

Imagine the progress kindergarteners can achieve with the help of Audiobooks. The only reason why most of them don’t opt for Audiobooks is just that they are expensive.

Why Are Audiobooks Expensive?

You may wonder as to why audiobooks are so expensive. Like paperbacks, they don’t have to bear the cost of paper and print. Then why are they so costly?

The price of Audiobooks don’t factor the cost paper and print, but it is higher due to the technical and human cost. Most of the audiobooks have to hire professional narrators to make sure that their audiobook appeals to the listener.

Many Audiobook publishers also hire famous celebrities to voice their books, like the UK comedian Stephen Fry narrating the Harry Potter series. Adding to the production cost are the recording engineers, Audiobook editors, and mastering engineers who significantly push the overall cost up.

Enlisted below are some of the most favorite Audiobooks that are sold worldwide.

Comparing Some Of The Best Audiobooks 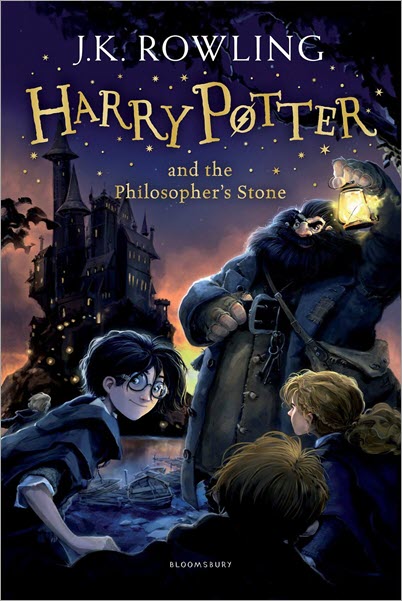 Most of my generation grew up on the Harry Potter series. The franchise that has spawned 7 books and 8 movies is charmingly narrated by the popular UK comedian Stephen Fry.

This Audiobook is a noteworthy purchase for those who want to relive the magical adventures of Harry Potter in the school of witchcraft and wizardry – Hogwarts!

On Harry’s eleventh birthday, he discovers the truth that his cruel aunt and uncle have been hiding from him since birth. Harry Potter is a wizard. He must now accompany the friendly giant Hagrid for his first day at school.

It’s not just any other school but Hogwarts – the school of witchcraft and wizardry. There he will learn his dormant magical powers and also make some friends and foes. 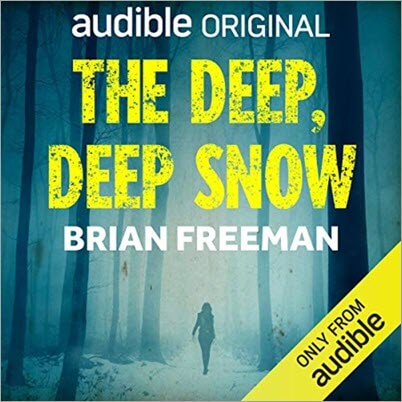 The Deep Deep Snow is a mystery along the lines of Gillian Flynn’s ‘Gone Girl’. I cannot stress enough about how great this book is. It hooks you in from the first sentence and doesn’t let you go until the nail-biting climax.

The narrator also does a fantastic job of inserting emotions that are palpable while you are listening to it. If you are a fan of mystery novels then you should definitely pick this up.

Deputy Shelby Lake finds herself in a race against time where she is tasked with the mission of finding a missing young boy. Shelby herself was abducted as a child, and this case brings up a past which she wants nothing more than to forget.

However, she is soon going to discover that the dead may be easier to rescue than the living. 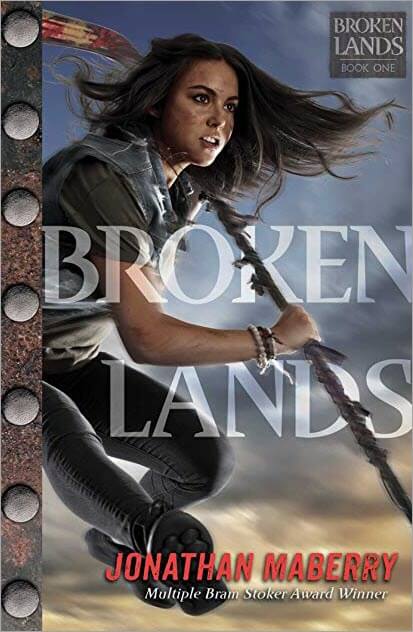 Broken Lands is a masterpiece in absurdist storytelling. Jonathan Manberry with his unconventional prose demands you to suspend your disbelief and join him in a world that is ridiculously imaginative. Almost every character in this book has a tragic backstory which the author exploits to his amusement.

Broken Lands includes horrifying and funny parts equally. There are zombies, a duo who are trying to find a cure and lots and lots of black humor.

When Gabriella Gomez finds that the undead body of her mother is returned to her from the grave, she understands that no matter how hard you try to run or hide, life will always find you. 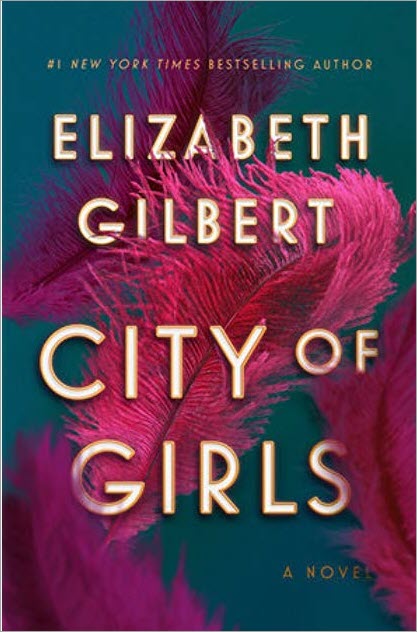 City of Girls is a book that is brimming with wisdom. It is a book that takes you on a philosophical journey and makes you question life as you see it. Despite its subject matter, however, the book maintains a fun frivolous theme throughout its long run time.

Set in New York 1940, City Of Girls tells the story of nineteen-year-old Vivian Morris who arrives in New York after being exiled by her parents. She soon finds employment in a playhouse that exhibits women.

Here, her talents with a sewing machine come to shine as she soon turns the place that many deem to be an abomination into the cities crowning jewel. 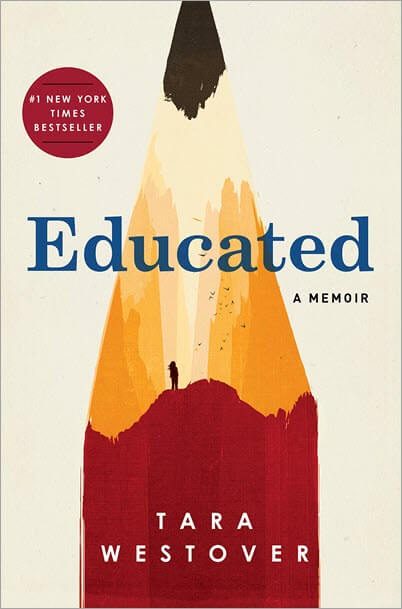 Straying away from fiction, let’s look at what is considered to be the best-narrated memoir in the market. Educated is a coming of age story that encompasses the journey of a young Tara Westover who left a violent home and found salvation in education.

It is an inspirational story that motivates you to fight for your life. To achieve even if the odds are overwhelmingly against you. This is a book that will make you ask the question “If Tara could do it, then what is stopping me?”.

Tara Westover had no birth certificate and no school records. The government didn’t even know that she existed. Her parents weren’t active enough to register her birth certificate. Things in her household grew even worse as she grew up.

She constantly faced the wrath of her father and brother. She knew she had to get out if she was to have any chance at happiness. Luckily for her, she would soon find that salvation in education. 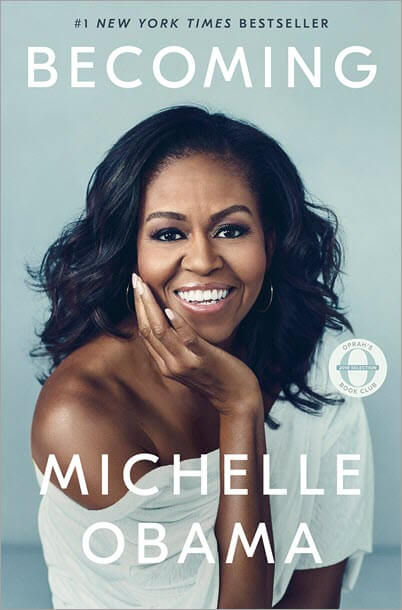 If you ever wanted to know what it is like to be the wife of the President of the United States of America, then ‘Becoming’ is something you should definitely listen to.

Written and narrated by the former first lady herself, the book proves why she probably is one of the most compelling women to have ever stepped foot in the white house. The book chronicles how Michelle Obama was able to create an inclusive environment for women and girls in the United States.

In her memoir, the former first lady invites listeners into her world. She tells us about what made her the woman she is today, the experiences she had and of course what it is like to be married to Barrack Obama himself. 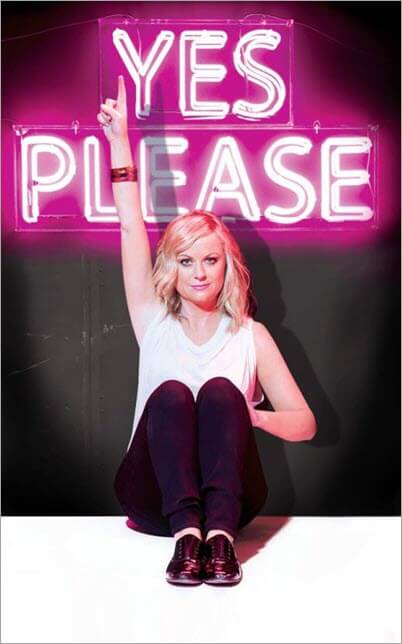 You might know her as the funny woman from shows like ‘Saturday night live’ and ‘Parks and Recreation’. What you don’t know about Amy Poehler is what you will get in her first book ‘Yes Please’.

What really surprised me about this book is how deep the message of this book really is. It lets us in on the side of Amy Poehler which most of us are not aware of. It is definitely worth buying for the fans of the quirky comedian.

In Amy Poehler’s first-ever tell-all book, she literally tells it all. From personal funny stories, sex to life advice, etc. Yes Please has something for everyone even if you are not a fan of the funny lady. 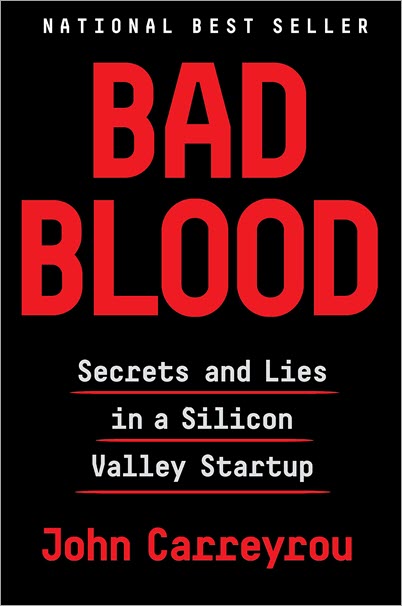 Bad Blood is a cautionary tale of greed and ambition. An investigative piece written by journalist John Carreyrou, Bad Blood is a thriller based on the real-life rise and fall of Theranos and its founder, the charming Elizabeth Holmes.

It is fascinating to learn how the ambitious Elizabeth’s refusal to acknowledge her failure resulted in a billion-dollar scam that was unprecedented in Silicon Valley. For the fans of real-life documentaries, this is a fascinating piece of journalism.

Bad Blood chronicles the rise and fall of the ambitious blood-testing start-up Theranos and the deceitful minds behind it. It goes in-depth into the charisma of Elizabeth Holmes and how she used it to convince billionaires to fund her project which was later discovered to be a scam. 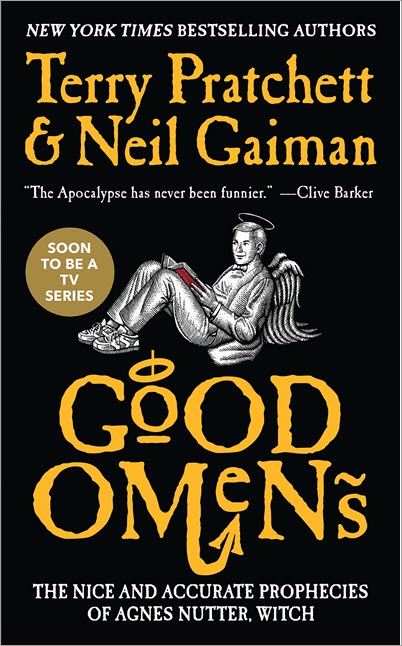 Neil Gaiman is arguably one of the greatest fantasy writers of our time. With Good Omens he again delves into his favorite subject to explore and tamper with, religion. This book is definitely not for sensitive. However, if you can get past it then Good Omens is a triumph in fantasy storytelling.

In several ways than the others it is a fascinating commentary on what the humans consider to be Good and Evil, and how our narrow definition of the term has led to all the misery in the world.

When the antichrist is finally born and the apocalypse is announced, a demon and an angel must team up to stop the end of the world which they have grown quite fond of. 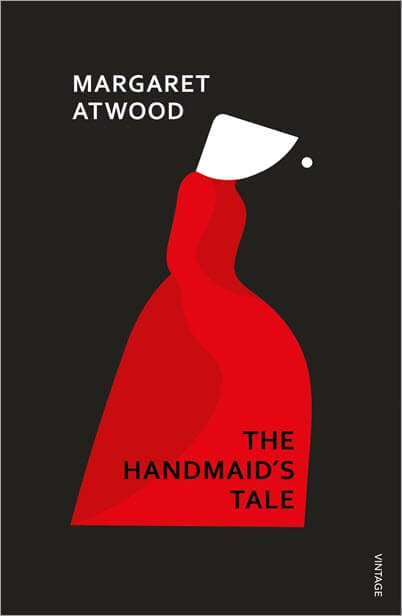 The Handmaids Tale is the only book here that has been voiced by the cast of its series adaptation. This dystopian tale is a classic for a good reason. Its narrative part is compelling and tells the story of religious subjugation which is not far from the truth in many parts of the world today.

It is a story that is covered with characters that you can’t resist the urge to loathe. Yet, that is the thing that additionally assists Margaret Atwood with making a hero that you need to pull for.

Set in a dystopian future where infertility is rampant and human extinction is nigh. American democracy has fallen to a totalitarian religious cult that subjugates women and turns them into slaves with the only purpose of procreation.

The number of stories that one can listen to is endless. If sales are to be trusted, then we might see a future where Audiobooks completely substitute the traditional paperbacks we read today.

One can listen to them while driving to work, or undergoing an intense cardio session. With all their benefits and popularity, Audiobooks are definitely here to stay for the long run.