There are a ton of great shinies, and there are a ton of terrible shinies. But nothing quite matches up to those shiny Legendaries, if you’re lucky enough to encounter one. In past games, one might need to continually soft-reset before a Legendary encounter to reroll for a shiny, but the new Dynamax Adventures system makes it much easier to find your favorite Legendary in its shiny form.

But, which shiny Legendary should you seek out? If you don’t have a favorite, there are some really awesome-looking ones to find. Here are the best, ranked.

Updated on April 7, 2021 by Thomas Bowen: When Pokemon Snap first released back in the late nineties, shiny Pokemon had not yet been introduced to the series. With its long-awaited sequel fast approaching though, many fans are hoping that they’ll be making an appearance this time around. Neither Game Freak nor Bandai Namco has confirmed or denied it just yet, but assuming they are, these are just some of the many shiny Legendary Pokemon that are worth keeping an eye out for.

Mew’s shiny form may be fairly simple when compared to those of some of its peers, but there’s something beautiful about this simplicity. The blue hue completely changes the look of the Pokemon while still perfectly capturing its innocence and carefree nature.

Unlike shiny Mewtwo – which has an ugly green patch on its underbelly – shiny Mew’s new design is arguably far superior to the Pokemon’s original form. That’s not to say that the pink look doesn’t work too, but it’s just nowhere near as striking as the palette swapped version.

Much like Mew, Celebi’s shiny form isn’t particularly complicated, but it does do a wonderful job of bringing out the Pokemon’s cute side. Granted, it perhaps harms the Pokemon’s ability to camouflage in forested areas, but on the battlefield that’s not really an issue.

Its pink coloring also highlights its psychic typing and arguably gives a more mythical look than the green shades that had once tied in with its role as the guardian of Ilex Forest. This green coloring isn’t lost completely though and can now be found in Celebi’s eyes and on the tips of its antennas.

Sword & Shield‘s Legendary Pokemon, Zamazenta, has a fantastic three-color design. Where its basic form relies on the starker contrast between navy and pink though, its shiny form instead opts for something a little more subtle. Both are great, but there’s a lot to love about the shiny version.

The two different shades of pink used are just different enough to provide contrast which is then expertly highlighted by the Pokemon’s white underbelly. The patterning around its eyes and snout stand out much more as a result and this creates a fierce look that very few Pokemon can match.

Kyogre’s original coloring is a little too similar to that of other large aquatic Pokemon like Whiscash and Wailord to really make it stand out. Were it not a Legendary, this wouldn’t really be an issue, but given the Pokemon’s significance, some may find it a little underwhelming. That’s definitely not a complaint that can be levied against its shiny form though.

The vibrant pink coloring really sets the Pokemon apart from other water-type Pokemon. Admittedly, this does come at the expense of the excellent contrast between the original design’s body and tribal patterning, but this is arguably a small price to pay for an otherwise excellent transformation.

Given that Cobalion’s name seems to have been derived from the popular “cobalt blue” color, the team at Game Freak were somewhat limited when it came to designing its shiny form. It would have been very easy for them to simply swap the blue and brown sections around, but they instead opted for something a little more creative.

The slightly darker shade of blue makes for a very subtle difference, but it’s arguably one that improves the look of the original rather than just altering it for the sake of doing so. Likewise, changing the color of its horns and eyes creates additional contrast while also giving the Pokemon a much more menacing look.

It’s hard to separate these four Legendaries and choose one for this list, since they have very similar shinies that are seemingly meant to match, probably due to the fact that they act as a de facto single unit as the Island Guardians of Alola.

When shiny, each of the Tapus swap most of their normal coloring for jet-black. It looks sick when they’re all shown next to one another, especially against the small bits of their original coloring poking through.

One of the most drastic changes between normal coloring and a shiny palette is Zygarde’s. This Ground/Dragon type abandons its alien-like lime green and black design for a brilliant white with bright turquoise elements. However, it still retains the red and blue detailing on either side from its original palette, which represents the coloring of X & Y (or Xerneas and Yveltal).

The turquoise and white palette is a classic one that always seems to work really well. Even though some compare it to toothpaste, it looks amazing on Zygarde and makes it a popular shiny among fans.

Sometimes a drastic change isn’t necessary, and something a little more subtle can work in a Pokémon’s favor. This is definitely the case for Cresselia, whose normal palette almost pales in comparison to its beautiful shiny variant.

Another tie between the shiny forms of a Legendary set comes in the form of the Legendary Beasts from the Johto region, Entei, Raikou, and Suicune. Which one is best of the three is a bit of a subjective opinion, but they’re all fantastic.

Each one takes on a slightly-exceptional variation of its regular coloring. Suicune turns into a lighter blue and its pink mane will become a pleasant dark color. Raikou becomes a extra saturated orange-yellow with a yellow mane in preference to crimson, and Entei swaps out the bright pink and white of its face and chest for extra neutral tones.

It seems there are a lot of great shiny Legendaries that are trading in their typical blues for something more interesting. This is the case again for Dialga, who is normally a darker blue with silver plating, speaking to its Dragon/Steel-typing.

The silver plating takes on the slightest hint of coloring, while the overall blue body of Dialga becomes a cool teal green. The light blue lines along Dialga’s head plate and legs also become light green. Overall, it has an alien look that’s pretty awesome.

Here we have another blue Legendary that is really great when shiny, although it stays blue. Articuno, the Legendary Ice/Flying-type from Gen I, is normally a bright, primary blue, reflective of its Ice-typing alongside the red and orange Moltres and yellow Zapdos.

When shiny, Articuno’s primary blue fades out to a beautiful icy blue that’s much lighter. It looks way more “icy” and it’s just an aesthetically-nice color in general. It’s almost nice enough to say that it makes the normal coloring look worse. 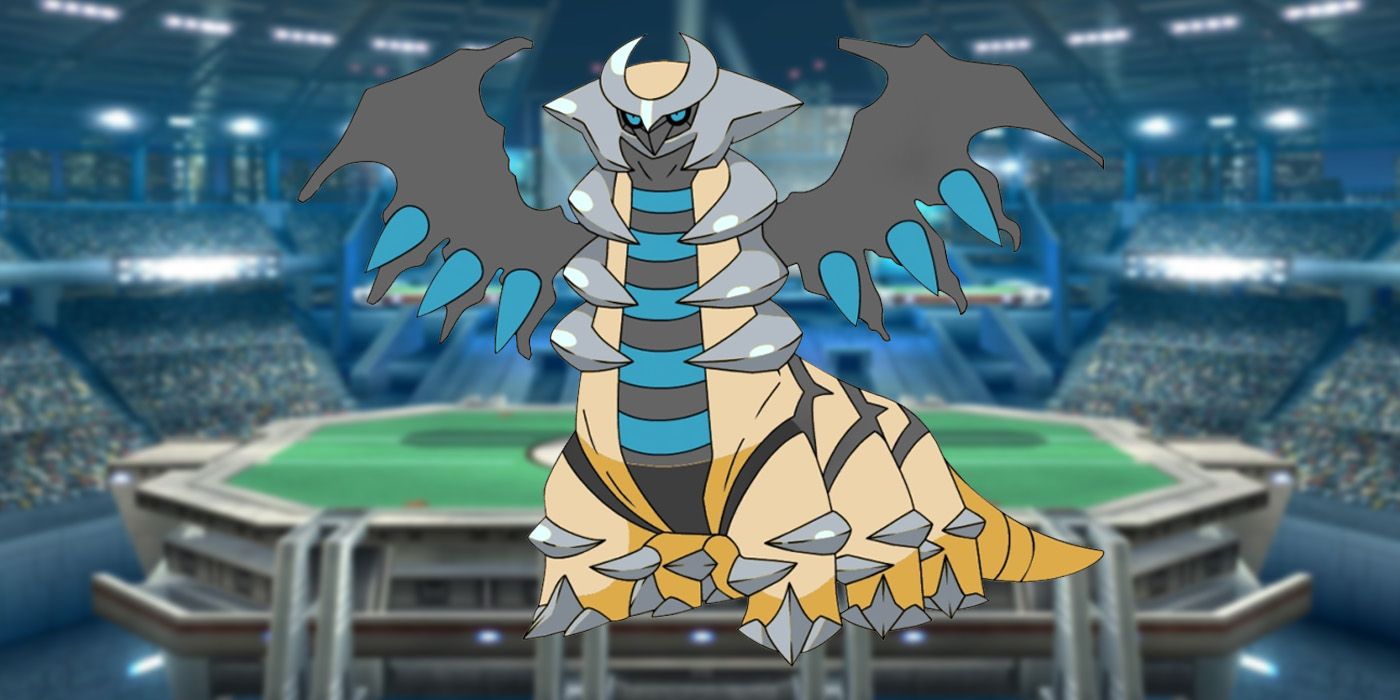 Flipping the script a bit is Giratina, who actually adopts a bit of blue when it is shiny. Typically a mix of grey, black, red, and yellow, Giratina represents antimatter and is seen as fans to be the demonic antithesis to Arceus. This role in Sinnoh’s lore explains its demonic design and red-and-black color palette.

When brilliant, Giratina swaps a number of its coloring. The crimson becomes shiny blue, the yellow detailing end up silver, and its frame turns into a bizarre peachy-beige. Overall, it’s a very precise shade scheme in the global of Pokémon, and notwithstanding being rather colourful and vivid, nevertheless someway retains Giratina’s ghostly vibe.

Many of the most popular shinies have swapped parts of their color palette for a stark black or brilliant white. This is definitely the case for Xerneas, the Fairy-type Legendary from Generation VI.

Typically a black-bodied deer with a blue face and neck, Xerneas swaps the black portion of its body for bright white. The dark-blue upper half of its body becomes a lighter, greener blue that contrasts against the white beautifully.

Ho-oh’s shiny form is fantastic for a number of reasons. First, there’s the fact that it looks much more uniform than Ho-oh’s normal coloring, which is a mix of red, white, green, and yellow. The new coloring blends together much better.

Second, it’s just objectively gorgeous. The gold, red, and silver combination is striking and serves this Flying/Fire-type very well. Finally, Ho-oh’s shiny actually speaks to its role as a box mascot. Ho-oh and Lugia were the mascots for Pokémon Gold & Silver, so Ho-oh’s gold-and-silver shiny is just perfect.

Often considered one of the best shinies in the series, regardless of whether it’s Legendary or not, Rayquaza’s jet-black design is absolutely stunning. Trading in its green palette for a jet-black serpentine look, Rayquaza looks like a specter in the night as it soars across the sky.

The yellow detailing on its body works even better against a black backdrop, resembling ethereal bioluminescence in this already-gorgeous design. Many fans consider this to be the best shiny in the series, and it’s clear why. It’s just cool.